Korean wedding traditions are teeming with colors, symbols and beauty. Blending Korean traditions into your western wedding will make it an especially unique event. Here are some suggestions to do so:

An essential part of any wedding incorporating Korean traditions is the Jeonanrye ceremony. During this special ceremony a wild goose – or kireogi - is presented to the prospective groom. The groom then presents the kireogi to his future mother-in-law, bowing twice during the process. While living geese can be used, most modern Korean weddings use a wooden goose instead. The wooden goose is often beautifully painted in ornate colors. Why geese? In the wild, geese mate for life, so by giving the mother-in-law a goose, the groom is promising lifelong love and devotion to her daughter. This Korean wedding tradition is a sign of harmony and structure. 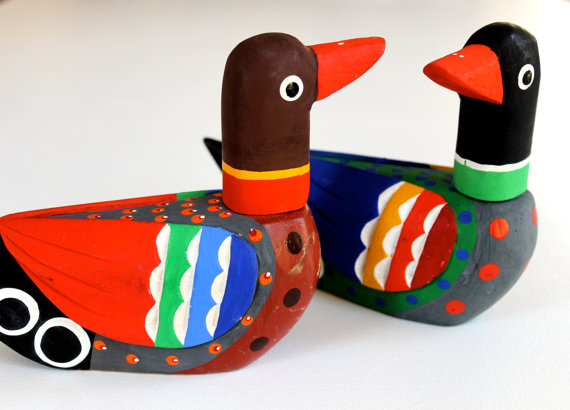 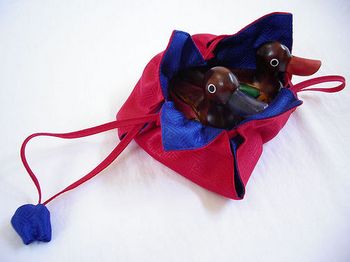 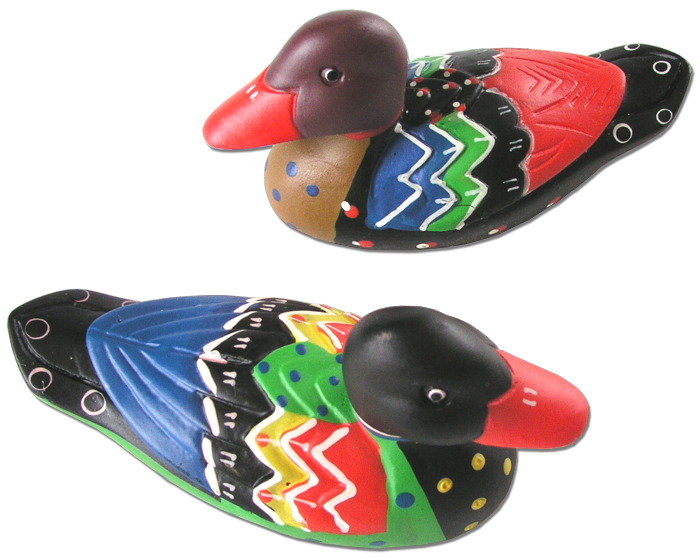 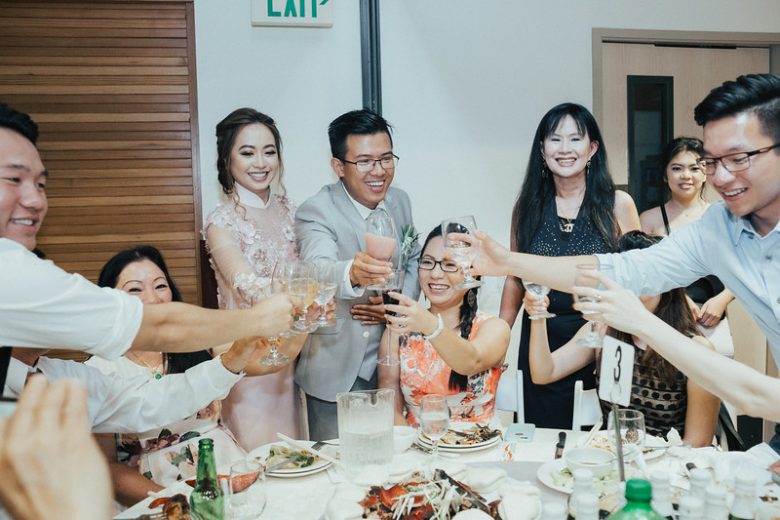 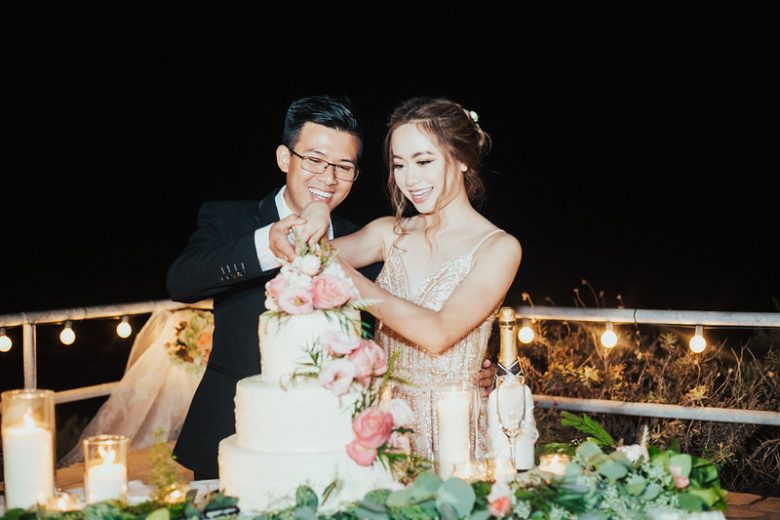 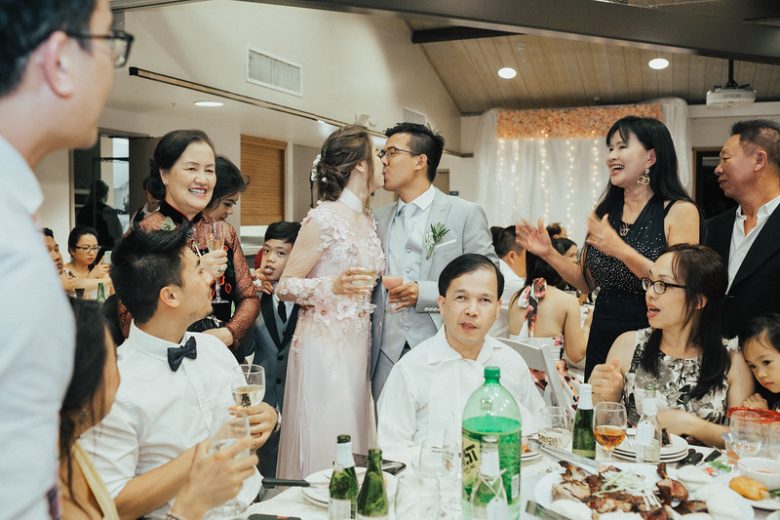 The vow exchange during a traditional Korean wedding is called the kunbere ceremony. During the portion of the event both bride and groom wear the traditional hanbok. Representing thousands of years of tradition, the simple (but beautiful) hanbok is typically made of a lightweight material with bright colors, modest lines and no pockets. The bride will wear a pink or purple Korean traditional dress, while the groom’s mother wears a blue hanbok. You may also see female members of the family in hanboks or they may select more modern clothing in place of the traditional dress. A Korean wedding ceremony is officiated by a celebrant and a Master of Ceremonies. Following the vows, bride and groom bind them by bowing and sipping wine from a large gourd. While the ceremony is fast and typically never lasts longer than a half hour, it is steeped in tradition. Following the vows and sipping of wine from the gourd, the guests will share a simple meal with the bride and groom and their families. 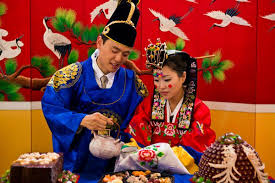 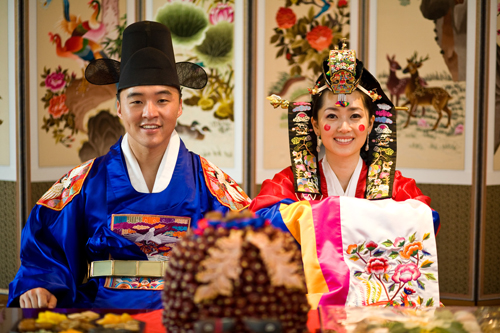 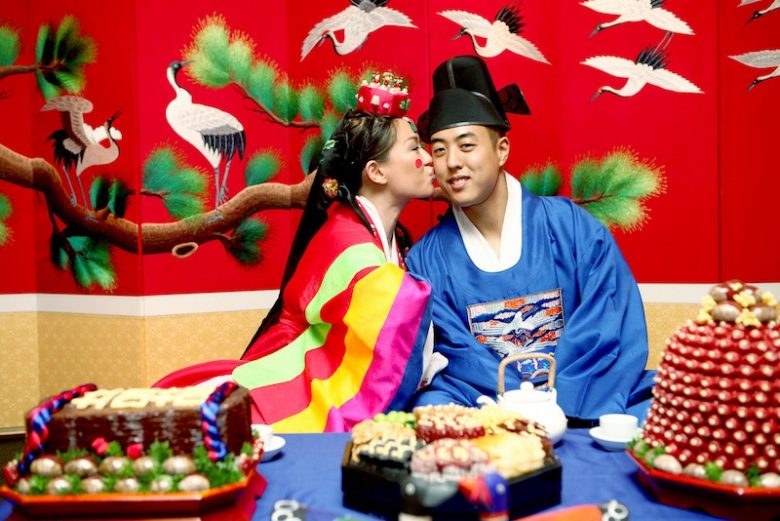 For guests attending a Korean wedding, the most important custom to observe is to bring a white envelope containing money to present to the bride and groom. The relationship between the guest and the couple should determine the amount of money given. The better you know them, the more you give. Traditionally, you should give money in the form of one crisp, clean bill. Following the Korean wedding ceremony, it was an old tradition for the groom’s family to purchase a house for the newly married couple. The house would be furnished via the bride’s family. However, since Korean children are getting married later and are more independent from their parents at the time of the wedding, this tradition is not nearly as common as it once was. More typically both families will give wedding gifts to their newly married children.

Family is of utmost importance in Korean culture. The pyebaek is one of the Korean wedding traditions that shows this. During the pyebaek, chestnuts and dates – representing fertility - are given to the bride. Then, the bride and groom will visit his family’s home together to gift the nuts and fruit to his family. After the edible symbols are offered, the parents of the groom will serve sake in return. At the conclusion of the pyebaek ceremony, the parents of the groom will toss the dates and chestnuts at the bride as she tries to catch them in the fabric of her skirt. Tradition says, the number of dates and chestnuts the bride catches symbolizes the number of children the couple will later have.