A Glossary of Who's Who in the Wedding Party

While a wedding day is all about the bride and the groom, there are lots of other major players that make the day happen. To help you understand the roles of all these people, we’ve put together a glossary of “Who’s Who in the Wedding Party.” Keep in mind, you can have more than one of each person listed and that all of these roles can be played by either gender. This is just a starting point to help you create your own wedding party.

Maid/Matron of Honor
The maid (unmarried) or matron (married) of honor is the bride’s right hand woman for the duration of the planning process. She provides emotional support during the planning and wedding, organizes the bridal shower and juggles numerous wedding day details, including: helping the bride get dressed, adjusting the bride's train at the altar and holding her bouquet during the vows, carrying the groom’s wedding ring and delivering a toast at the reception. She is the last attendant to walk down the aisle before the bride.

Best Man
The best man is the groom’s right hand man and personal assistant throughout the wedding
planning and wedding. Among his many duties: bachelor-party organizer and master of ceremonies, deliverer of the groom to the ceremony on time, payer of the officiant after the ceremony and much more. He is also responsible for giving a toast at the reception and making sure everything runs smoothly at the party.

Bridesmaids
Bridesmaids are the bride’s tribe. They’re typically close friends and family members. The
bridesmaids help with prewedding tasks when asked (like making bridal shower favors), help the bride get ready on her wedding day and serve as cohostesses to the guests at the reception.

Groomsmen
Groomsmen are a small team of close male family and friends who assist the groom in planning and preparing for the big day. They help the best man plan and pay for the bachelor party, serve as ushers at the reception, decorate the getaway car and act as a resource for guests that need assistance. 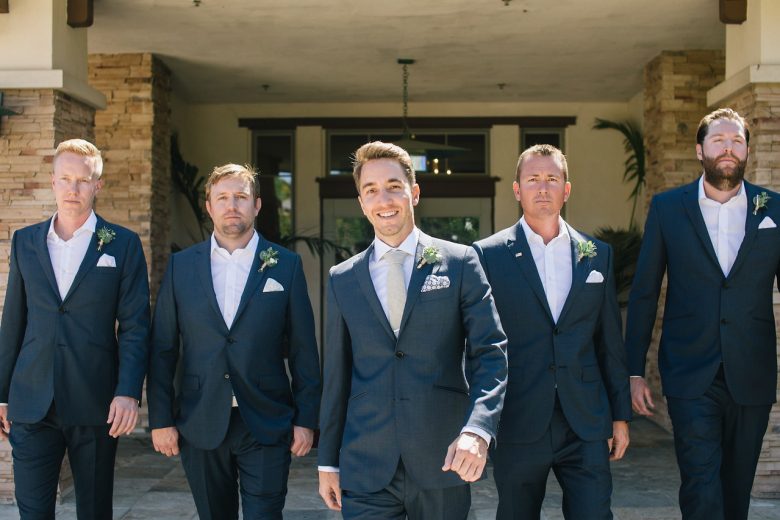 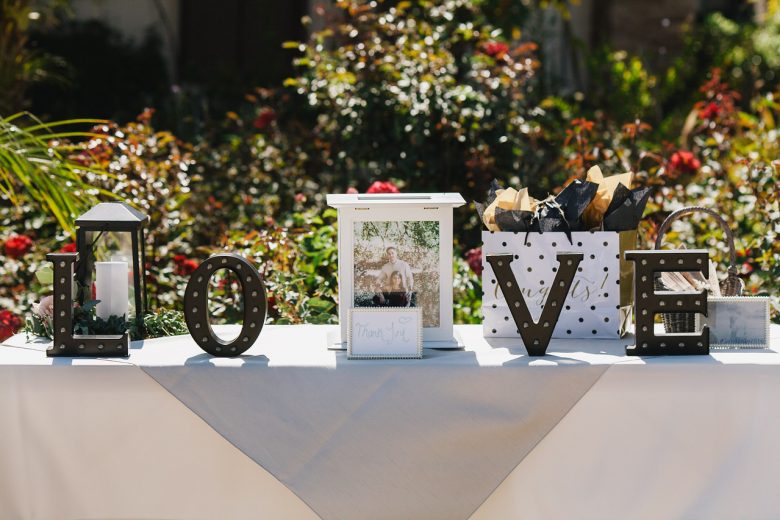 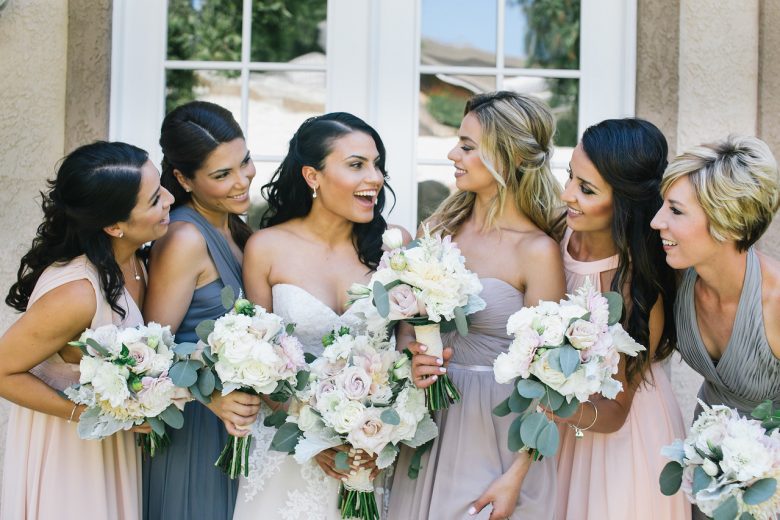 Junior Bridesmaids/Junior Groomsmen/Junior Ushers
Typically aged 9 to 16, junior bridesmaids, groomsmen and ushers are young members of the wedding party. Aside from the bachelor and bachelorette parties, they'll attend all major functions and fulfill the same responsibilities as their older counterparts.

Flower Children
Flower children are little ones aged 3 through 8 that walk down the aisle before the bride. They often scatter flower petals from a basket or simply carry flowers. Sometimes they are pulled in a wagon and dispense flowers from there. Most flower children are family members (nieces and nephews) or the children of close friends. They typically sit with their parents after their walk down the aisle.

Ring Bearer
The ring bearer is a young child aged 4 through 8, who walks down the aisle before the flower
girl carrying the ring (or a faux ring) on a decorative pillow. They typically sit with their parents after their walk down the aisle.

Parents of the Groom
The parents of the groom traditionally pay for the rehearsal dinner. The father of the groom may escort guests at the wedding, address issues at the reception and act as a support to the bride’s dad. The groom's mom can assume any of the bride's mom's responsibilities and also is the leading lady during the mother/son dance.

Officiant
The officiant is the cleric or government official who performs the marriage ceremony. Examples include a priest, a rabbi, a minister, or a judge.

Ushers
Ushers escort guests to their seats before the ceremony. They are often used in addition to groomsmen as a way to include other important men in the day. 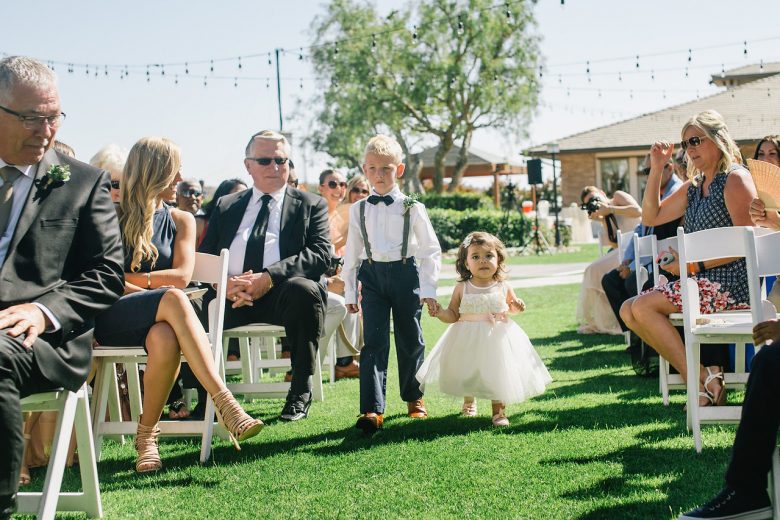 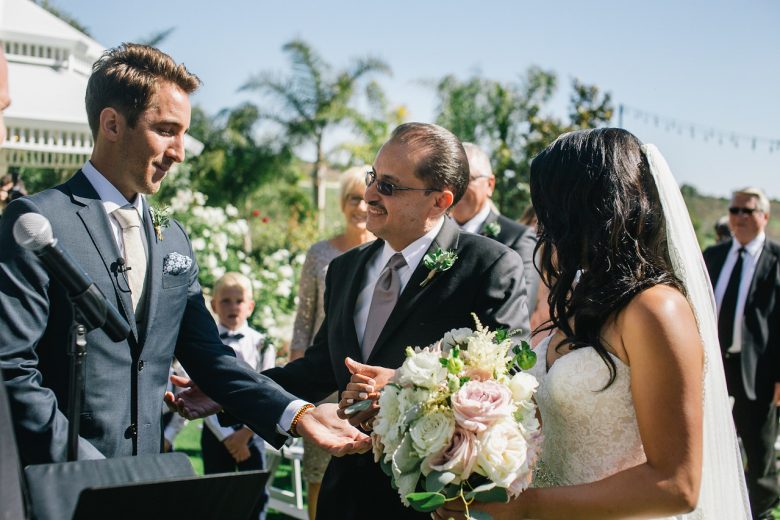 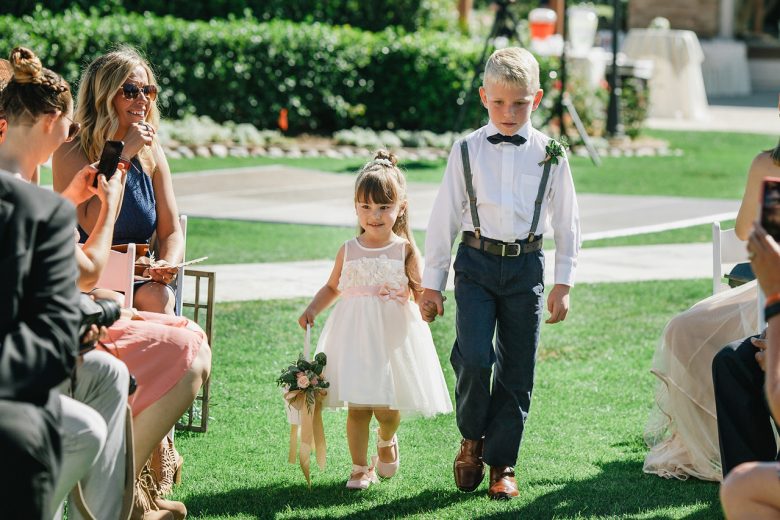 Candlelighter
Some Christian denominations incorporate candle lighting into the wedding ceremony. For this, any special people in the couple’s lives can be asked to light the candles and are given the
honorary title of candlelighter.

Pages
Pages are young children (about age 6 to 9) who carry the bride’s wedding gown train down the aisle.

Chuppah Carriers
During Jewish wedding, individuals close to the couple may be asked to hold up the chuppah poles during the ceremony. They're often part of the shushavim (see below).

Shushavim
Shushavim are anyone close to a Jewish couple who helps them plan and prepare for marriage.

Koumbaro/Koumbara
The koumbaro/koumbara is the Eastern Orthodox groom's best man or woman. Traditionally this symbolic role was given to the groom's godfather, but today any close male relative or friend can be asked.

Hattabin
Hattabin is a Muslim term for male family or friends who help prepare the groom for and participate in the wedding.

Vratimi
The vratimi are Greek groomsmen who help the koumbaro carry out his traditional role and perform various rituals.